By WRLWAdmin on June 2, 2020Comments Off on Abbott stays inside as protests grow outside

Peaceful protests continued outside Dallas City Hall Tuesday afternoon as Texas Governor Greg Abbott met inside with city and law enforcement leaders. Dallas Mayor Eric Johnson, along with Fort Worth Mayor Betsy Price and both city’s police chiefs, joined Abbott in a press conference regarding the recent rioting in the State’s major cities. 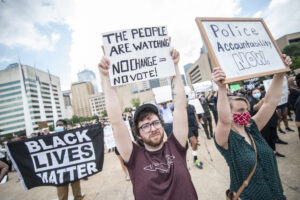 While the governor spoke with reporters inside, he did not address the large crowd outside, where hundreds of citizens from all walks of life were chanting, “Black lives matter,” and “No justice, no peace!” 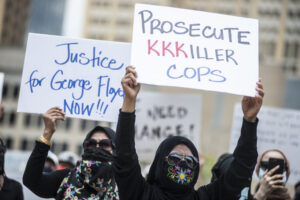 The crowd did hear from Dallas City Council members and civic leaders before marching through the streets of downtown. 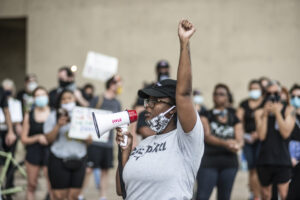 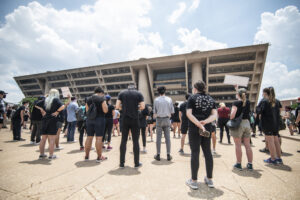 Police escorted the peaceful group throughout the city with a strong law enforcement presence. The protestors respected the 7 p.m. curfew put in place by the mayor of Dallas and disbanded quietly.

Abbott stays inside as protests grow outside added by WRLWAdmin on June 2, 2020
View all posts by WRLWAdmin →