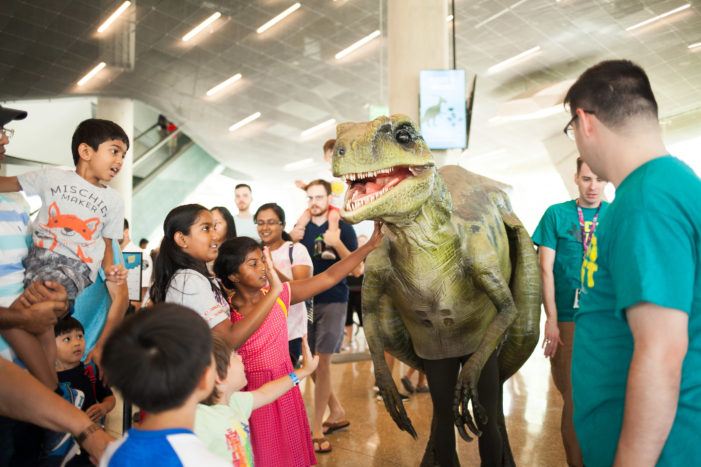 Back for its second year, Dino Fest, a paleontological party and celebration of all things dinosaur, will return to the Perot Museum of Nature and Science Aug. 31-Sept. 1. All five levels of the Museum will be teeming with dinosaur activities, including hands-on fossil digs, music and treats on the plaza, trivia, live interactions with […] 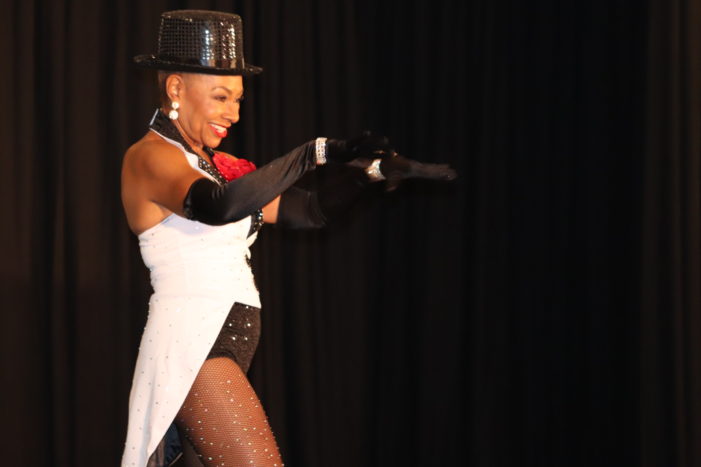 By Shelia Huffman Joyce Brown of Flower Mound won the 2019 title of “Ms. Texas Senior America” Saturday afternoon at the Doubletree Galleria in Addison, Texas. Joyce has been a church volunteer for more than 25 years and volunteers at the Homeless Shelter, serving meals and offering words of encouragement to those in need. She […] 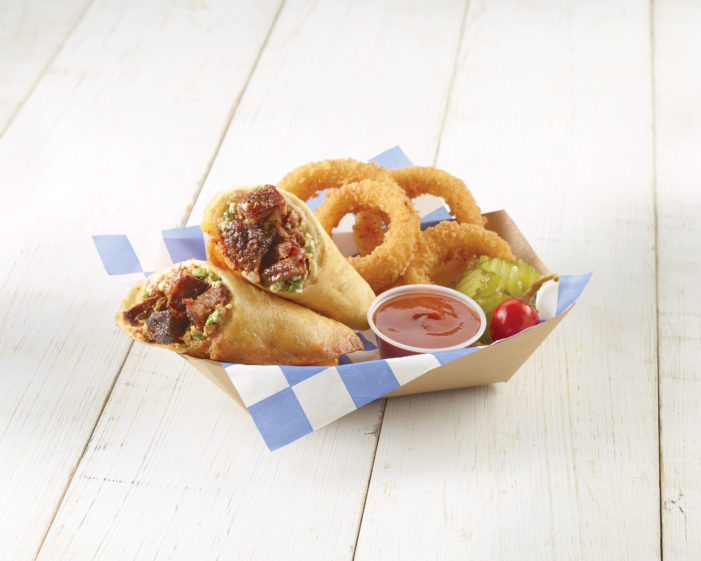 By Karissa Condoianis The final countdown to three of the most coveted food titles in all of Texas begins. The State Fair of Texas is proud to partner with Metro by T-Mobile to present the 15th Annual Big Tex® Choice Awards.  On Sunday, Aug. 25, three winners will be crowned in the categories of “Best […] 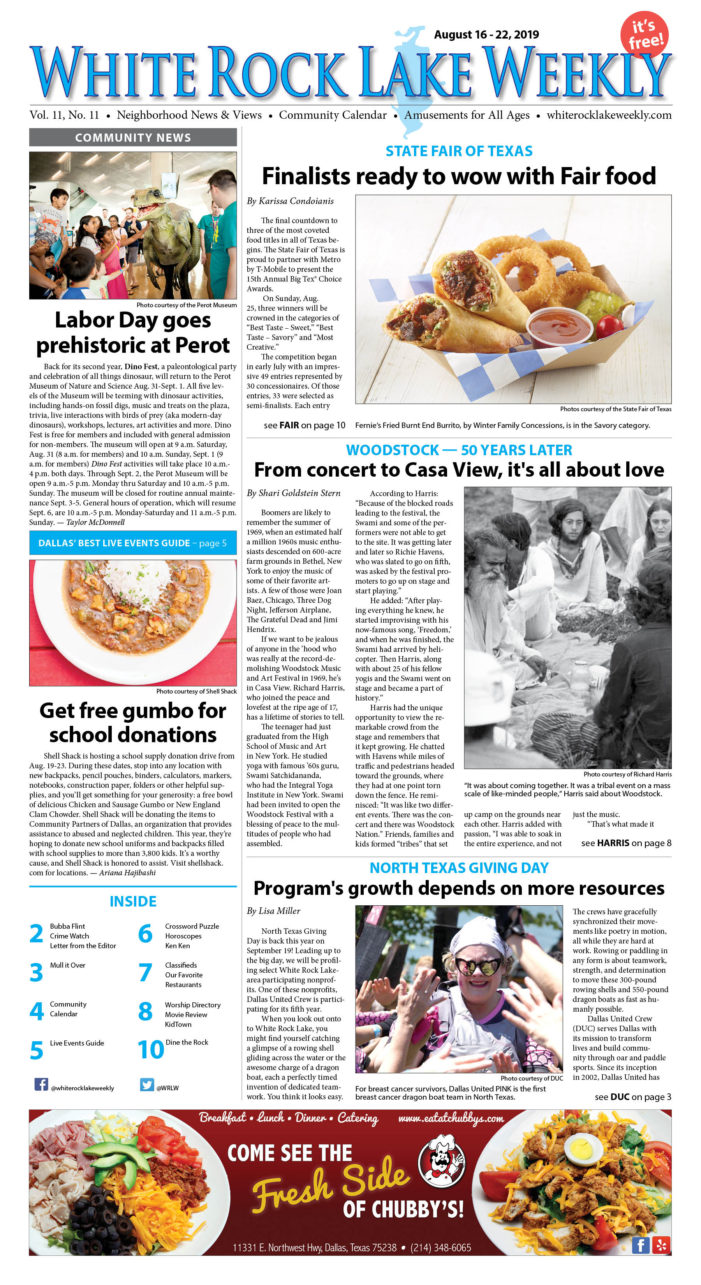 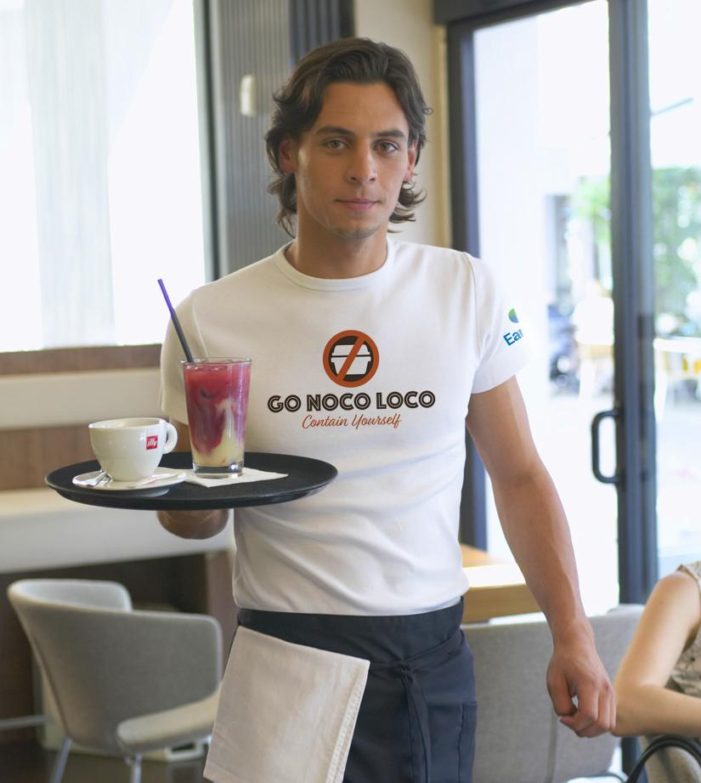 By Lindsey Lyons EarthX is encouraging diners to Go NOCO Loco! by saying NO to plastic and Styrofoam containers during DFW Restaurant Week. Running through Sept. 1, DFW Restaurant Week is the single largest culinary event in Dallas-Fort Worth, offering diners special menus at more than 140 participating restaurants. With nearly 90,000 local residents making […] 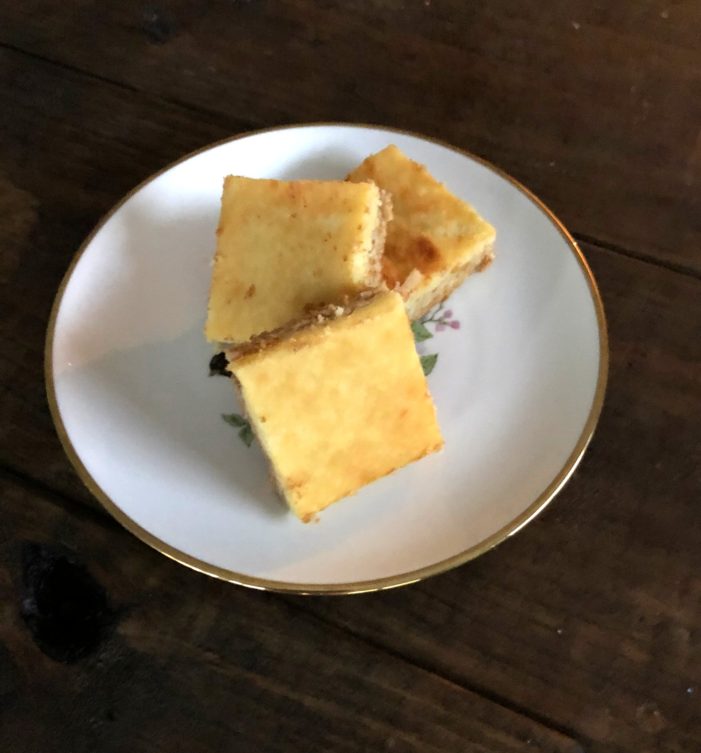 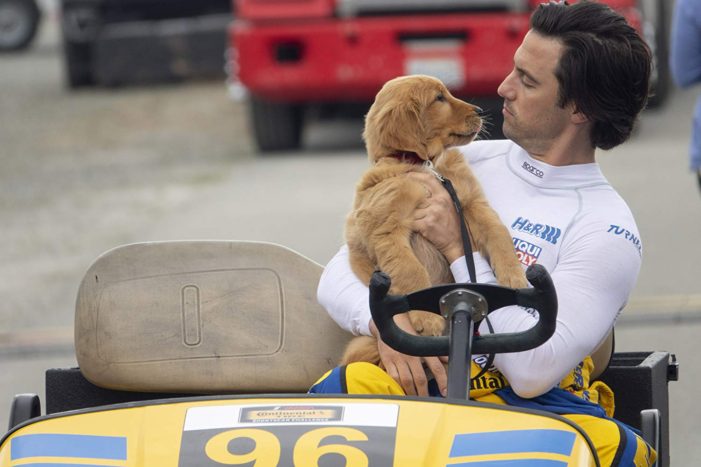 By Chic DiCiccio In case you were wondering if “The Art of Racing in the Rain” was going to be an all-out tearjerker, just know that the story begins with a senior golden retriever knowingly nearing the end of his life. The dog, Enzo (voiced by Kevin Costner), explains how he feels about the situation […]

Festival promises every genre, every style 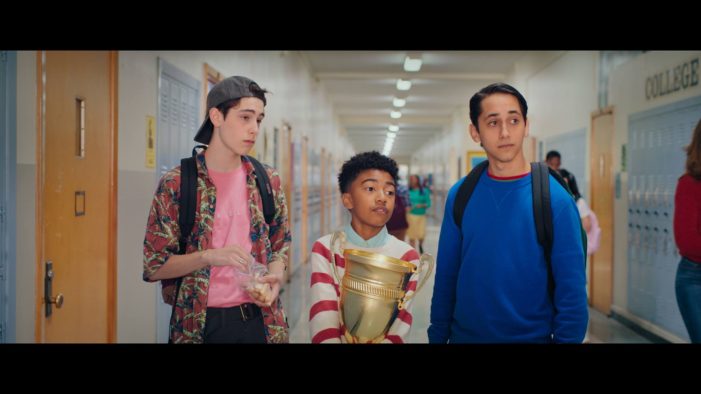 ‘You are looking live … at my checkbook.’

By David Mullen With the airwaves about to be inundated with college and professional football, the talking heads and stuffed shirts will become highly visible on the small screen. Let’s take a look at what announcers make annually. While many are known for their work in football, some like Bob Costas, Jim Nance, Joe Buck […]