By WRLWAdmin on August 20, 2020Comments Off on Genealogy DNA helps catch local rapist

A suspected serial rapist is behind bars in Dallas after investigators crack a 35-year-old cold case with the use of forensic genetic genealogy. 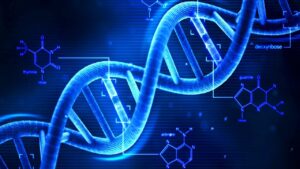 “This case was solved through the use of forensic genetic genealogy analysis and is the first of its kind to be solved in this manner in Dallas County,” said Dallas County District Attorney John Creuzot.

In 2005, Dallas detectives in the Sexual Assault Cold Case Program (SEACAP) informed the public they were looking at sexual assault cases in the 1970s and 1980s. They reopened the1985 case after the survivor came forward.

DPD used advanced DNA technology from her case and other related cases. Detectives finally got a break in the case in 2020 when Hawkin’s DNA was entered into a genealogical research and analysis database.

Seventy-four-year-old Hawkins was arrested at his home in Keene, TX, on August 19. He’s being charged with aggravated sexual assault and faces more charges. Hawkins being held in the Dallas County jail.

Detectives said in each of the Dallas cases, the suspect would break into the victim’s home in the middle of the night, threatening her with a weapon and sexually assault her. The four rapes happened in neighborhoods just east of Central Expressway, south of Royal Lane, and north of Lover’s Lane.

In a statement, DPD said Hawkins has a prior rape conviction. He served nine years in prison in Arkansas and was paroled in 1977. He has lived in Fort Worth and the surrounding area since the mid-’70s.

The investigation was a collaboration between the FBI, the Dallas Police Department, and the District Attorney’s Cold Case Sexual Assault Kit Initiative team, also known as SAKI.

Leighton D’Antoni is the Assistant District Attorney who heads SAKI. He said money from a federal SAKI grant helped fund the investigation. “It affords us the opportunity to investigate and vigorously prosecute cases that could not be solved decades ago,” he said. “The use of forensic genetic genealogy is a game-changer for us.”

The same advance DNA testing helped authorities solve the Golden State Killer’s case in 2018. A California man was linked to a series of decade-old rapes and murders.