Get out the Rangers scorecard

By WRLWAdmin on April 2, 2020Comments Off on Get out the Rangers scorecard

Baseball’s Opening Day 2020 came and went with no games. America is much more concerned, and rightfully so, with stemming the evil of the coronavirus than the nine hitters a team would put out on the field this year.

Less than a couple of months ago, the Texas Rangers were finalizing plans to start the home season at the pristine Globe Life Field, their third home in the Metroplex since moving from Washington D.C. in 1972. On March 31, the Rangers were to open against Mike Trout, Shohei Ohtani, Albert Pujois, newly acquired Anthony Rendon and the rest of Los Angeles Angels. 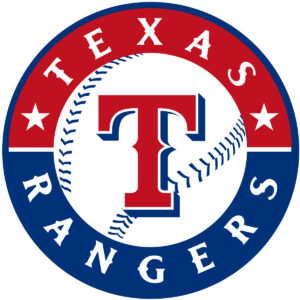 Going into 2020, the Ranger lineup was still work in progress. But it is interesting to recall some notable Rangers Opening Day starting lineups of the past 48 seasons, including one that is worthy of consideration as one of the top starting lineups in baseball history.

On a warm evening on April 21, 1972, the Rangers played the first ever regular season major league baseball game in North Texas against the (then) California Angels at Arlington Stadium before a sellout crowd of 20,105.

The starting line-up that night featured Lenny Randle at 2B, Dave Nelson at 3B, 6-foot, 7″ Frank “Hondo” Howard, who hit 382 home runs in a 16-year career, at 1B, Dick Billings at C, Tom Grieve (Yes, that Tom Grieve) in LF, Elliott Maddox in RF, Joe Lovitto, who hit four home runs in a 306 game career, in CF and Tony Harrah at SS.

Starting pitcher Dave Bosman (who batted ninth since the DH was a year away) got the 7-6 win with 5.1 innings and was relieved middleman Casey Cox. Lefty Paul Lindblad got the save. Howard and Nelson homered. The next night, the Rangers drew 5,517 fans and only 662,974 in a last place, 100-loss season under manager Ted Williams.

The Rangers first-ever opening day lineup was no 1927 New York Yankees “Murderers Row,” which is recognized as the greatest starting lineup in baseball history. They Yankees won 110 games that year, took the AL pennant by 19 games and then swept the Pittsburgh Pirates in the World Series. Babe Ruth hit 60 homers, Lou Gehrig has 175 RBIs and five players hit more than .300 (Ruth, Gehrig, CF Earle Combs, LF Bob Meusel and 2B Tony Lazzeri).

To put it in perspective, the 1972 Ranger players with the best batting averages were Harrah and utility player Larry Bittner at .259.

The 96-win 2011 team, led by Ron Washington and finished one win away (or for true Rangers fans, one awful miscue in right field by Nelly Cruz away) from the team’s first World Series victory, signed Golden Glove-winning third baseman Adrian Beltre to six-year, $96 million in the offseason. It was money well spent.

Ian Kinsler led off at 2B, followed by SS Elvis Andrus, LF Josh Hamilton, Beltre at 3B, DH Michael Young, Cruz in RF, Mike Napoli at 1B, Yorvit Torrealba and catcher and Julio Borbon in CF. Opening Day starter was C.J. Wilson and the closer was Neftali Feliz. The 2011 team was the last Rangers team to go to the World Series.

In 1999, with Johnny Oates at the helm, Texas had one of the best starting lineups in team history and has made baseball experts take note. Starters were 2B Mark McLemore, C Ivan “Pudge” Rodriguez, LF Rusty Greer, RF Juan Gonzalez, DH Rafael Palmeiro, 3B Todd Zeile, 1B Lee Stevens, SS Royce Clayton and Tom Goodwin in center.

They won 95 games in 1999 and took the AL West Division title for the third time in four years but were swept by the Yankees in the first round of the playoffs ironically scoring only one run in three games. Six Rangers hit more than 20 home runs (Greer, Zeile, Stevens, Gonzalez, Rodriguez and Palmeiro) and four knocked in more than 100 runs and hit over .300 (Greer, Rodriguez, Gonzalez and Palmeiro). Of course, that was in the heart of the Steroid Era, but nonetheless, it was the best lineup in the history of the team sarcastically referred to “No Flags Over Texas.”

Still unclear at many positions, the best guess is that the Rangers 2020 Opening Day lineup would have been Shin-Soo Choo at DH, SS Elvis Andrus, Danny Santana in CF, Joey Gallo in RF, Todd Frazier at 3B, Nick Solak (subbing for injured Willie Calhoun) in LF, Rougned Odor at 2B, Ronald Guzmán at 1B and Robinson Chirinos at catcher.

For the first time in their history, the Rangers march out a potentially formidable starting rotation with Mike Minor, Lance Lynn, Corey Kluber, Kyle Gibson and Jordan Lyles. Good thing, because this batting order is in a state of flux much like the baseball season as a whole.