It’s no surprise that White Rock Rowing, a premiere rowing destination located in East Dallas on White Rock Lake, is training and grooming athletes that are getting attention. With world-class coaches and an elite training schedule, young athletes are prepared for success. Two high school seniors have caught the attention of top rowing schools, Stetson University and West Virginia University.

The love and talent of these young ladies was established and fostered at White Rock Rowing, and the club couldn’t be more proud. “Our athletes work hard and dedicate themselves to this sport. At White Rock Rowing we fully support the passion of our athletes,” Sue Ellen Chambers, president of White Rock Boathouse, said. 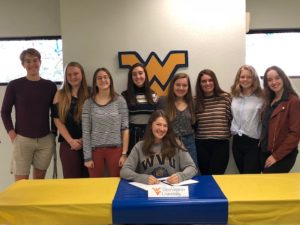 The rowing program is a Big 12 newcomer and is growing in the rankings each year. Kaira had seven official visits and was actively recruited by four other collegiate rowing programs. She chose West Virginia University because of the academics and the stellar rowing program. She is thrilled to row for an amazing school and credits White Rock Rowing for her success. 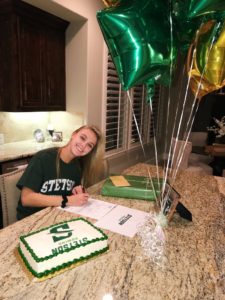 When beginning her rowing career she didn’t know what a profound impact it could have on her and that it could ultimately change the trajectory of her life. Ava signed her letter of intent to row with Stetson University in DeLand, Fla.

“Without rowing, I would have never found my dream school, met some amazing people (including Jordan Spieth at the chiropractor), or rowed at the Head of the Charles Regatta in Boston. Overall, crew has made a huge, positive impact on my life, and I can proudly say that it has made me a harder worker, a sharper thinker and a deeper sleeper,” Ava said.

The rowing program at White Rock Rowing fosters an inclusive and energetic environment for young athletes.

The White Rock Rowing programs develop rowers at all levels, from beginners to competitive masters.

The club also has a Master Program for those 18+, as well as an Adaptive rowing group, which introduces the sport to men and women with a wide variety of physical challenges.