By whiterocklakeweeklyadmin on January 20, 2022Comments Off on In Memoriam — Paul Virgil Toler

Paul Virgil Toler was born March 16, 1946 in Pineville, W. Va. to Simon Pete Toler and Ethel Madline Toler. Paul served in the Army from 1967 to 1970, where he also served in the Vietnam War. He received medals for Military Merit and the Bronze Star. In 1971, Paul started an ice business. In 1982, he named the company Emergency Ice, which later grew to be the largest independent ice producer in Texas and one of the largest in the nation, with locations in Dallas, Waco and Austin. Paul employed thousands of people and blessed many lives. 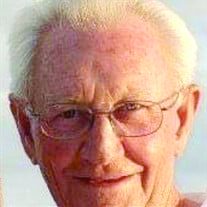 He was always the life of the party and believed everyone deserves a chance. He had an infectious smile and strong presence that was a magnet of love and acceptance. Paul was known to hustle a game of golf and enjoyed the game in his free time. He made his profession of faith in Jesus Christ as his Lord and Savior, and his last words were, “I love everybody” with his arms opened wide. Paul will greatly be missed. To send flowers or a memorial gift to the family of Paul Virgil Toler, visit