By WRLWAdmin on August 24, 2020Comments Off on Help FRI rise together

The Ferguson Road Initiative (FRI) is a grassroots nonprofit organization serving Far East Dallas. They are an umbrella organization serving 83,000 residents, including 2,000 unique businesses, 50 apartment communities, 37 neighborhoods, 30 churches, 17 schools and various nonprofits. Established in 1998, FRI is meeting its mission to engage and empower a community of advocates to advance a safe, beautiful, prosperous, and proud community in Far East Dallas

Founded to fight crime and urban decay, FRI is seeing a renaissance of positive development in the form of mixed-income housing, businesses, and public amenities. By shining the light on decades of neglect, FRI is holistically restoring the area through their ability to communicate, connect, advocate and build community leadership. “Teaching folks how to solve their own problems is a key attribute of FRI,” stated Dan Ortman, FRI president.

Forging a partnership with the Dallas Police Department through a federally funded grant program from 2000-2011 FRI helped mobilize ordinary citizens to take action and to establish operational crime fighting organizations within their own neighborhoods. This effort resulted in empowered neighborhoods, each guarding their own boundaries to help reduce overall crime by 40 percent in targeted areas.

FRI builds community at a high level. Quality of life improvements like the White Rock Hills Library, White Rock Hills Park, Trinity Forest Spine Trail, intersection improvements, and a future recreation center, have positioned Far East Dallas as one of the best places in the city to live for those looking for an affordable, thriving and diverse community. 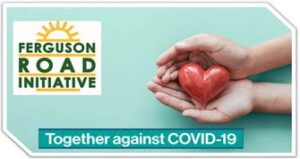 FRI has pivoted their focus to address the needs of the community during the Covid-19 pandemic. In March it became apparent that FRI’s extensive communication network was needed to help marshal information and resources to their largest and most vulnerable populations, Latino and African American families, and senior citizens. FRI’s service area is 66 percent minority. FRI’s two City Council Districts, Districts 7 and 9, house the largest senior population in Dallas.

An analysis of federal health and demographics data determined several geographic pockets in Far East Dallas where residents who contract Covid-19 will be more likely to end up in the hospital. Funding for FRI is currently targeting communication campaigns tailored to the different FRI constituencies. The goal is to equip residents in need with information connecting them with emergency service providers located in Far East Dallas. Likewise, they also help raise the profile of these nonprofits to ensure their emergency financial, food, and health related services go uninterrupted.

Since Covid-19, blood supplies in North Texas are dangerously low due to the cancellation of blood drives. FRI stepped up to partner with Carter Bloodcare to host a blood drive to address this crisis, thus ensuring that patients who need surgery, victims of car accidents and other emergencies receive the blood they need.

FRI is the “backbone” organization providing ongoing support by guiding vision and strategy, raising funds, convening meetings, supporting aligned activities, establishing shared measurements, building public goodwill, communicating opportunities and results to constituents, advancing policy and mobilizing resources. These services are helping our area nonprofits accelerate their ability to make a positive “collective impact” in the community. FRI works behind the scenes to ensure their partners are successful in fulfilling their missions. They accomplish all of this with no full-time staff!

FRI will participate in the Communities Foundation of Texas’ North Texas Giving Day. This is an annual online fundraising event intended to ignite the spirit of giving to nonprofits. “Over the years, North Texas Giving Day has become FRI’s most important fundraising event,” said Vikki Martin, FRI Executive Director. “This year we have a $17,000 challenge grant on the table. Through generous donors, we have raised initial funds to be matched dollar for dollar on September 17 up to $17,000 by our wonderful community.”

You can help FRI rise together to help by investing in FRI. Just log on to your computer at www.NorthTexasGivingDay.org, find Ferguson Road Initiative, and GIVE! FRI continues to demonstrate their motto of “working together for the greater good.”

To learn more about our FRI’s good work view the FRI NTGD Video at: www.fergusonroad.org/give2020