By WRLWAdmin on October 18, 2019Comments Off on School to honor beloved teacher Bircher 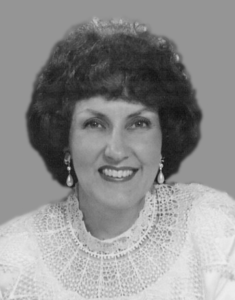 Bircher (pictured) is among those alumni and faculty to be inducted into the WW Hall of Fame, joining such high-profile honorees as Trammel Crow, Ruth Collins Sharp, Burton Gilliam and Gary Griffith.

“To say I was stunned is an understatement,” the retired teacher said. “It is without question a shared honor. It was my privilege to work for 28 years with the most stellar, talented and bright students you’ll find anywhere, along with the most supportive and hardworking set of parents and unusual community support to be found anywhere else,” the beloved choral and performing arts teacher added.

“Of course, without a doubt, I must express my gratitude and overwhelming appreciation to my forever-friend and super-gifted colleague Patti Hardman. It was my privilege and a blessing to be able to work side-by-side with her for most of those 28 years,” Bircher made clear.

Since retirement, she has traveled and seen parts of the world she never had time to see. “I have time to be able to do things I couldn’t when I was working so hard for WW! I also have enjoyed the luxury of time to attend the symphony, opera, live theater and soak up the fine arts culture that mean so much to me. Dallas is fortunate indeed to have such incredible quality of arts experiences. My church has been enormously important to me all my life, and I have been able to devote more time to it since I retired,” Bircher said enthusiastically.

Bircher continues to judge some of the UIL music contests and high school musicals for the Dallas Summer Musicals (DSM) High School Musical Theater Awards, for which she’s a blessing to DSM. “We hold Marca Lee in the highest regard and feel fortunate to have her on our judging team,” said founding director of DSM’s high school theater program Tracy Jordan.

Bircher earned a BS in music and music education from then Abilene Christian College in 1957 and an MME in vocal pedagogy and choral conducting from then North Texas State University in 1970. She has earned recognition from a variety of sources including the Texas Cultural Trust, Texas State Legislature, the UIL, the Ross Perot Learning Foundation, the Juliette Fowler Communities Visionary Woman award and many others.

During her career she has taught, directed and judged, to name a few, Abilene Public Schools, Dallas County Community College District, then Christian College of the Southwest, and the Dallas Independent School District, including WW from 1975-2003.

Her benevolent and volunteer involvement has included many missions for her church, like a food bank, clothing drives, hurricane relief, performing for nursing homes and support of veterans’ organizations, health organizations, children’s causes, organizing and supporting arts groups, and much more. “I was absolutely amazed to win the Texas Medal of Arts Award. The awardees are treated like royalty,” she said.

Bircher continued, “The whole experience was surreal, and certainly above my usual pay-grade. The list of awardees over the years reads like a ‘who’s who’ of Texas celebrities, for example: Van Cliburn, Walter Cronkite, Willie Nelson, Tommy Lee Jones, Horton Foote, Charley Pride and Fess Parker.”

The WW’s 90th anniversary celebration event is on Saturday, Oct. 26 at the school. It is celebrating 90 years of JROTC Pride and 90 years of excellence in educational and sports history.